Five million dollars. I repeat. Five million dollars for each :30 spot was the cost of advertising during this year’s Super Bowl LII. This year has been a touchy year for just about everybody, I think we can all agree to that. A variety of delicate topics, slippery slopes, and grey areas fill our televisions daily. Therefore, advertisers had to take a somewhat different approach this year. I was glad to see the whole political battle has toned down a little bit since last February. Marketers seemed to avoid that realm this year (thank the Lord). Numerous celebrities stole the limelight (per usual), and the only really controversial ad this year was that of Dodge Ram. Personally, it was a little bit of an irrelevant stretch to try and sell trucks. To actually use Martin Luther Kings Jr.’s voice like that. Ehh, I probably would have gone back to the drawing board on that one, Dodge. You can view the ad here.

So let’s break down the best (and worst) ads of this year’s Super Bowl LII. What worked, what didn’t? Celebrity yes’s and celebrity no’s. The lack of animals (critters) – yes even the Clydesdales stayed in the barn. Within the first quarter, I could see the angle being taken by Marketers. As I mentioned earlier, this year has been rough. Hurricanes. National disasters. Wildfires. Sadly, the list goes on. Honorable acts of kindness were on display throughout this year’s Super Bowl. Disaster relief efforts across our nation was something we all should be proud of. Yes, we do have our differences and disagreements, but when the worst strikes, we do come together and put those difference aside. Marketers publicized that, and I think they scored big time. 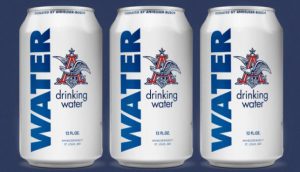 Budweiser had one of the best representations of this type of commercial in my opinion. In the middle of the night, a manager is awoken with news of the disaster. Without hesitation, he rises from bed, splashes some water on his face, kisses his wife, and gets to work. However, the game-plan for the brewery that day was much different. Instead of the familiar “America” on each can, read “Water.” Ther product line’s main mission wasn’t to package as many cans of Bud’s as possible, but to package water for those affected. Anheuser Busch wasn’t asked to do this, they just did it. You can view the ad here.

Morgan Freeman. Game of Thrones star, Peter Dinklage. How could this not be a smash hit? Mountain Dew Ice and Doritos Blaze teamed up for one hell of a commercial. Throw in as little Missy E (Missy Elliott) and some Busta-Bust (Busta Rhymes). Touchdown. It was funny, relevant, and mainstream while selling a product. It wasn’t some random, over-thought $5 million waste of money (cough Diet Coke, Groupon). The ad is promoting Doritos new “Blaze” and Mountain Dew’s “Ice.” In the closing seconds, Dinklage and Freeman meet in the middle of the fire and ice, each with their product in hand, while Freeman breaths steam onto the actor and Dinklage puts out a flame that has started on his shoulder. Killed it. I was never in question as to what was being sold and they made it look cool in the process. You can view the ad here. 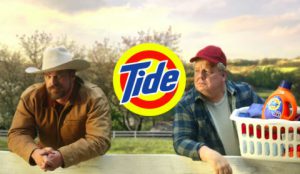 My absolute favorite running laugh throughout the commercial was the Tide commercials. Stranger Things star David Harbour was perfect for this spot. He’s relevant. Can be serious and funny. Great choice in my book. One thing I’ve always found funny about commercials, are the ones where you think it’s going to be highlighting one product and it ends up being something totally different. Tide did a great job of setting the scene for some of the most popular commercials we see daily, only to reveal they are all ads for the detergent. From beer commercials to car ads, Tide covered it all. In each of the commercials, however, Harbour asks, “Does this make every Super Bowl ad a Tide ad?” Brilliant. Since all commercials feature clean clothes – cue the slogan – “If it’s clean, it’s got to be Tide.” You can view the ad here. 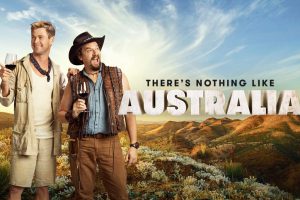 I found the Australia commercial interesting. I’ll be honest, it had me fooled. Along with the rest of the world. So much so that it actually sparked a petition online for a real film to be made based on the story-line of the ad. Now, while a “Crocodile Dundee” sequel isn’t necessarily in the works, Australia didn’t care about that. They used that tiny amount of $5 million as a tourist ad. At first, I was a bit iffy about the approach, but the more I thought about it, the more I liked it. A tourism ad for Australia, you don’t see tourism ads very much during the big game. Let’s be honest, is Danny McBride the next prodigy of “Crocodile Dundee?” Doubtful. But, I will say Chris Hemsworth (native Australian) could probably pull it off. Throw in a splash of Paul Hogan, come on now, what’s there not to like? You can view the ad here.

For Jeff Bezos being the richest man in the world, I thought Amazon could have stepped their game up a little bit. Some disagree and that is fine, but hear me out. Are you telling me the richest man in the world can only afford to get a handful of mediocre celebrities to do the Super Bowl commercial? Really? There was no new roll-out of features or updates ahead, it was simply the premise of Alexa getting a cold and celebrities filling in for the voice. Wow. Took some time on that one, huh fellas? You are Amazon. You practically run the country and that’s the best you can do? You know that play early in the game where the Patriots did the toss back to Brady and he dropped the wide open pass…you see what I’m getting at. You can view the ad here.

For over a decade Kinetix Solutions has been a leading provider of IT Managed Services, Business Intelligence, and Custom Development solutions. Local support teams paired with a 24 X 7 Support Center provide customers a seamless and cost-effective IT solution. This allows companies to focus on their business knowing that their IT infrastructure will be up and running and they will always have access to the latest innovative technologies. Contact Kinetix Solutions via the web at www.kinetixsolutions.com or phone at 855-4-TEK-NOW (855-483-5669) option 2.